In today’s FNP, we are treated to a Trout Run/Scientology/Xenu update! Twelve times the judge has granted the Scientologists an extension. TWELVE! How long is this to go on for? Well, their attorney had this to say when asked that very question:

Frederick attorney Bruce Dean, one of the lawyers representing SBPI, declined to comment on why the company has prolonged the filing deadline.

“I can’t divulge our strategy and what’s going on,” Dean said. “There are things going on, but I can’t really talk about it.”

Oh, masters of psychology let’s see if we can guess the reason. Could it be that they are waiting out the election to see if they can get a council that is “friendlier” to their interests? I think we should all be checking the campaign contributions of everyone running for county council and county executive this year. For, if they have accepted money from Social Betterment Properties, we know where their loyalties lie. 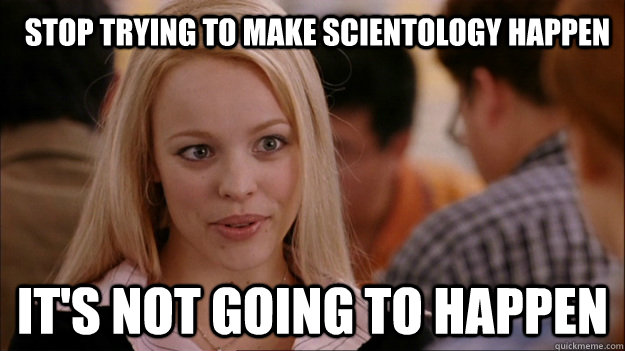 We haven’t heard from Xenu’s enemies lately, however, the No Narconon at Trout Run page showed us they aren’t done with us yet: 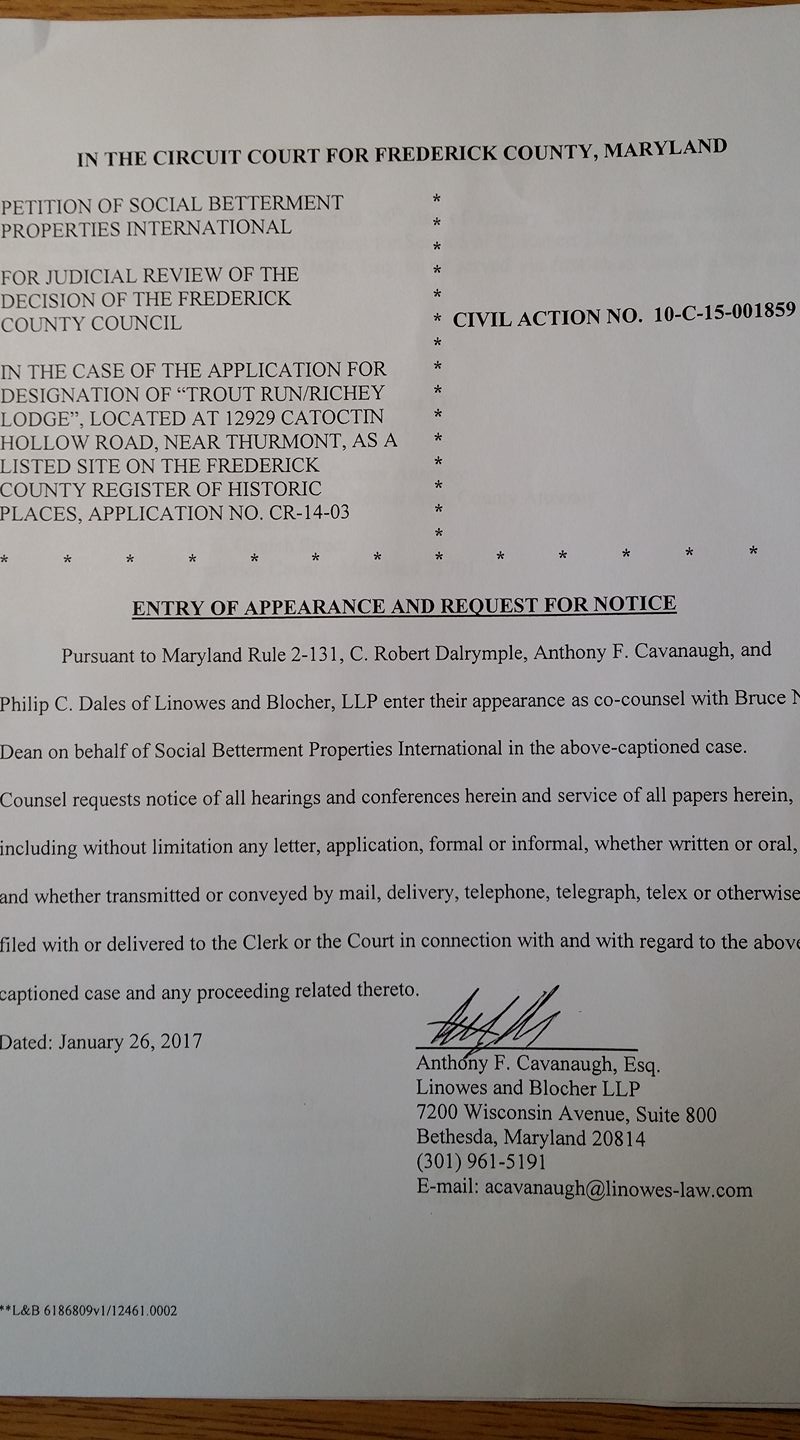 Three more lawyers are added to the fold! That means the fight ain’t over yet folks! They are gearing up to try and make their little brainwashing facility a reality.

In other lawyering news, we would like to congratulate our friends over at RALE who were dropped from the latest developer lawsuit! We know it’s not over for them yet, but small victories!

Since we used the word ethics in our title, we’re sure you’ve already discerned we are talking about Ole #. Remember last year when he voted against the historical designation of  Trout Run, stating if anyone was for it he didn’t hear from them? We were surprised and enchanted that Kirby took his constituents’ opinions into consideration! Someone or something (Xenu?) got to Kirby between then and now because he’s whistling a whole different tune. Not only did he refuse to vote for the council’s answer to the lawsuit, he sent a few emails to the Trout Run’s lawyer. Take a peek: 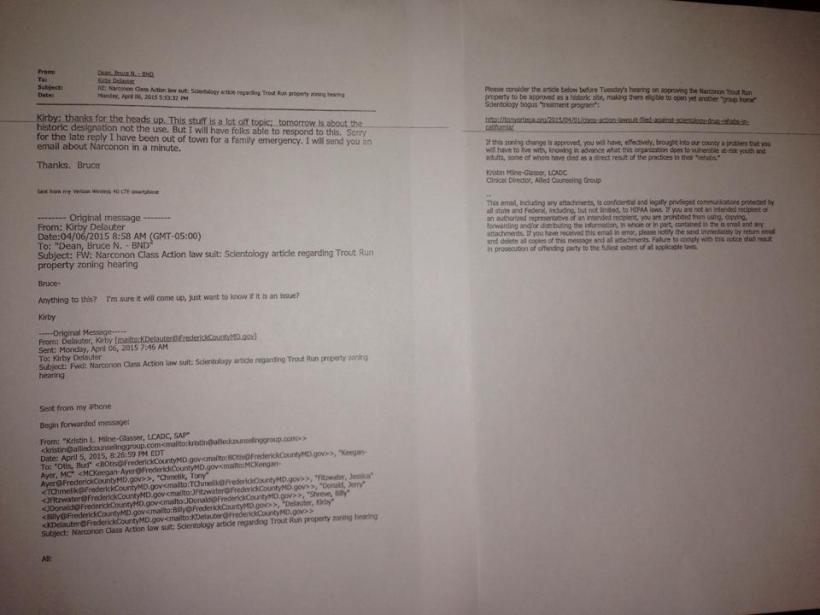 In what world is it okay for a council member to send emails to the lawyer of an entity that has a pending case before the council?!?! Why the hell does he think it’s all fine and dandy to give Bruce Dean a heads up? And does he not realize that his emails on this very subject are in the public domain? If anything is deserving of an ethics violation, it’s got to be this. Seriously people, is Kirby purposefully trying to destroy the county? Does he love Xenu more than the taxpayers of today?

What the heck is even going on? A judge has remanded another frustrating thing back to the Frederick County Council, saying that they did not explain the reason for their vote that kept Trout Run from receiving a historic designation. (Umm…they said it wasn’t a special piece of local history?) Nobody apparently told Judge William R. Nicklas, Jr. about the shall versus may voodoo. Maybe the people who have since trotted that line out with regard to other issues should use the argument more conservatively.

What all this means is…Well, we don’t know for sure.

The Underground Bunker has expressed the matter concisely.

Judge William R. Nicklas Jr held a hearing earlier this month, and then this week came out with a ruling that seems to have confused nearly everyone. Researcher Mary McConnell declared that it was good for the county council, the local NBC station announced that it was a clear win for Scientology, and even more expert local observers don’t really explain whether this is good for one side or the other.

But maybe we will get Billy Shreve on Kojo Nnamdi’s show again, feverishly defending the need to have these exploitative, abusive whackadoodles run a campground for drug addicts to spend all day reading Dianetics and dehydrating in a sauna up in the northern reaches of Frederick County. What in the great and bizarre-o Milky Way Galaxy is driving his advocacy of this deadly nonsense?