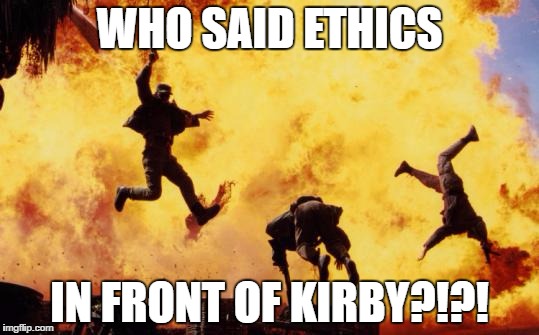 There’s ethics talk on tonight’s agenda!  Better batten down the hatches!!! This week we are going to try something different. After describing a part of the agenda, we are going to share a Jack Handey quote that hopefully illustrates how we feel about Shrelauter. Grab your agenda, fire up the FCGTV and let’s hope we don’t all get an ulcer. Keep a bottle of your preferred beverage on hand, and just take a swigg as needed. We are going with the honor system on drinks this week.

We start off the same way every month. Pubic comments, voting on the agenda, budget adjustments and then approving previous minutes. Billy, who we hear is considering a run against Ron Young in the next election, thinks it’s all fine and dandy to waste everyone’s time with his abstentions. Mankind is mysterious isn’t it? 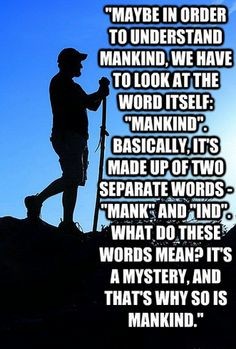 Next up with have some County Executive appointments to confirm and FY 2018 Operating and Capital Grant Resolution presented by Nancy Norris of the Transit Services Division. If there’s anything negative to be said, well, this is the best we can do for you:

Here’s where things can go South. It’s the first reading of a bill to appoint an independent council to nominate people to the ethics board. Refer to this quote if there are any rumblings from the far sides of the podium:

Next, there’s a new bill on solar facilities. That’s right Billy did tell us that solar was dead in Frederick County. He also told a big fat lie and said he saw billboards up in Central Pennsylvania thanking Frederick County  for outlawing solar panels. We wonder if Billy would believe this:

Next, we have the reallocation of the Recordation Tax .  This funding needs to go back to our parks and schools where it belongs. This is followed by a public hearing on the Agricultural Preservation easement applications. It seems as though the Recordation Tax issue will be squared away nicely, but we imagine we are going to hear something about land grabbing when it comes to the preservation issue. It makes us want to scream, when they get things so very wrong. Speaking of screaming: 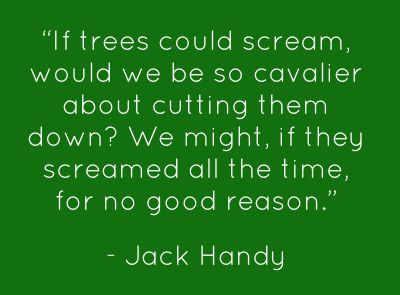 There’s a break until 7:00, (keep your trap shut Billy!) and then there’s the chance for the public to comment on two separate issues. First up, is a bill regarding bond authorization.  Then we are off and running on the bill regarding farm distilleries and tasting rooms. We don’t see Tony’s competing bill on the agenda so hopefully that issue has been settled. We end up, as we always do, with public and council member comments. We’ll leave you with one final thought since we know this is the part of the meeting where Shrelauter likes to shine:

2 thoughts on “Come on people! Don’t you know that ethics is Kirby’s trigger word?!?!”