You’ve probably heard the rumors of Kirby’s intention to run for County Executive in 2018.  Yesterday, The Frederick Extra ran a piece in which our old pal Billy had this to say about Kirby:

“Should Trump supporters stay true, he predicts a similar outcome for his buddy, Council Member Kirby Delauter (R) in his quest to become county executive in 2018. “He’s just like Trump,” Shreve said of Delauter.”

Wow! What an endorsement! Let’s pause for a minute and envision what our fair county would look like if our new County Executive was “just like Trump.”

After a contentious campaign season, in which Mr. Delauter referred to county council members having their heads up Mrs. Gardner’s skirt, (you know, “locker room talk”), he manages to squeak a win with the support of the most Northern and Southern parts of the county. A win that horrifies the most populous areas of the county who didn’t think it was important to vote in a local election. His swearing in ceremony is #YUGE! He claims that large screens had to be set up at Baker Park for the crowd that was spilling out of the Weinberg. A claim that is refuted by the Frederick City Parks Department when they release pictures of a couple of people walking their dogs. Kirby’s team claims that the parks department is super biased, and how can you trust a bunch of government bloodsuckers anyway?

His first day is spent signing a flurry of Executive Orders. Orders that were previously so very evil and over-stepping, but are now a completely reasonable way of governing. His son will resume operations of his business, but no fear, family members can now do business with the county. ‘Tis the free market, people!  Fifty people are sent to the hospital due to the food poisoning contracted at Kirby’s celebration party. All those “out of control” health inspectors were the first to go!

Speaking of  the county health department, it will  be headed by a former snakes oil salesman.  There will be no more programs to promote healthy behaviors in this county! People need the freedom to eat their BBQ, drink their Fireballs, and vape without the government telling them they are going to drop dead! 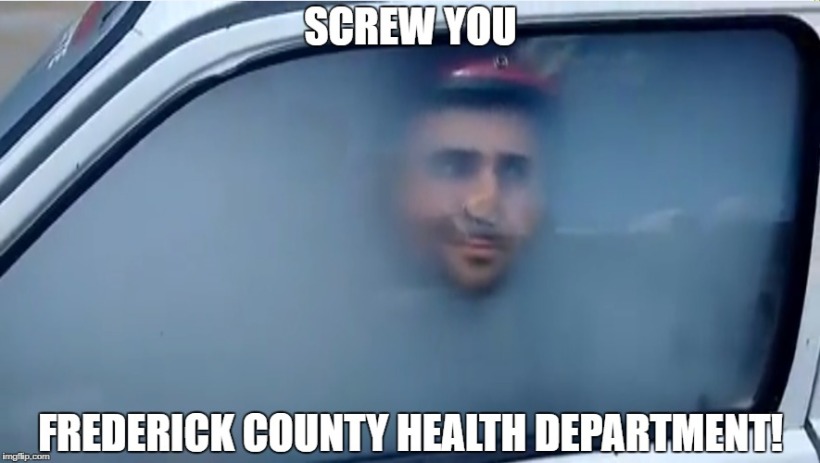 County parks will  be sold to the highest bidder and you will be charged admission to enter. Swings will now be equipped with coin machines, 50 cents for every 10 minutes, and  you better keep an eye on that timer, because when your time is up the swing freezes. If junior happens to be stuck in mid-air, well, don’t you take any personal responsibility for your kid’s life?

All county government correspondence must be in the shape of a teardrop:

FCPS’s budget will be stripped to the bare minimum. High schools will be closed and teenagers will be forced to buy access to their own online programs in order to achieve their dreams. No more frills either! Kids can eat in the hallway and the history curriculum will now be provided by the Heritage Foundation. All school staff will now be outsourced with part time workers making minimum wage.

All business and zoning regulations will be stripped. Frederick will look something like this: 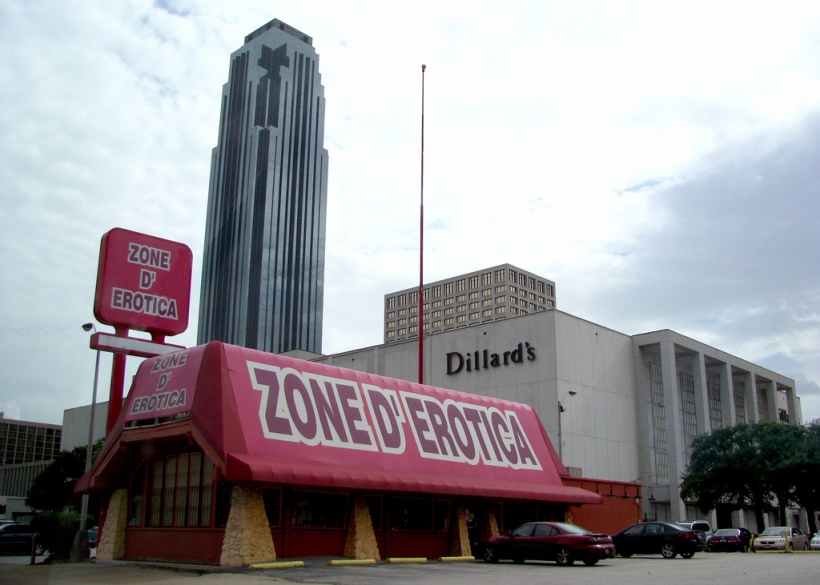 Libraries will be shuttered because we have a Barnes and Noble and reading is for wussies anyway. CE Delauter will spit on any and all environmental regulations. Mysteriously, we’ll be in severe debt at the end of #’s realm. All those tax cuts really made a mark. Our graduation rate has also plummeted,  crime is up, thousands are dead due to water borne illnesses, and there is a general feeling of malaise throughout the land. Who could have foreseen it? More importantly, who could have prevented it?

7 thoughts on “It’s crystal ball time! Let’s imagine a Frederick County with #kirbydelauter at the helm!”