Unless you’ve had your head buried in the sand in these here parts, you’ve probably heard that Bud Otis switched his political affiliation to Independent. Well, the sole deciders of what a good Republican should be issued a statement. We sure hope they did hurt themselves coming up with this:

In response to Councilman President, Bud Otis’s party affiliation change and leaving the Republican Party, the Frederick County Republican Central Committee would like express a heartfelt thank you for finally acknowledging that you are not a Republican, do not represent Republicans, and we are grateful that you have turned in your card.

Councilman Otis stated “based on the intense acrimony, uncontrolled anger, and mean spirited personal attacks made against me for my council leadership by some outspoken members of the local Republican party led in part by the new local chairman.”  This is just another misrepresentation from Councilman Bus Otis. The pressure he felt was from those that had voted for him. The local Republican Clubs and Central Committee received many calls and emails from constituents complaining and angered by Bud Otis’s votes. Councilman Otis was invited to a Club meeting to address his voting record. Republicans came from all over the county came to express their displeasure with him. He heard over and over “I regret ever voting for you, you don’t represent me” from his constituents.

Bud Otis also said “The local leadership of this party in this county has engaged in a policy of petty personal attacks division, anger, and bullying in a misguided and destructive attempt to control me.” If by “control me” he means voting as his constituents thought he should and would, then yes, the Party and the voters expects that. He then went on to say “They clearly have little or no regard for the citizens of Frederick county and this government chosen by our voters, and initially endorsed and pushed by them while part of the previous board.”

Regard??? How can Councilman Otis speak of “regard for the citizens” when he campaigned as a fiscal conservative and once elected ignored his voters.

Bud Otis ran on the reputation of our beloved Congressman Roscoe Bartlett, deceitfully took money from Republican supporters, and sent fundraising letters to Blaine Young’s donors touting Blaine’s endorsement asking for campaign donations. Bud Otis even pledged in writing that he would never vote to raise taxes as he stated here in his own words – https://www.facebook.com/budotis/?fref=ts.

Councilman Bud Otis did all of this for his own benefit and aspirations. He did so because he knew he would never be elected as a Democrat. He used our conservative values, our Party, its members, and constituents all in the name of deception.

After being elected Council Otis’s first act was to meet with the Democrats and construct a deal that would put him a power position. For that, he has voted in unison with them to enact and pass their agenda items to raise taxes, increase spending, and get rid of English as the official language. With Councilman Otis’s vote they have increased County Government spending by $35 million on the last two budgets.

Now, we as a Party Committee no longer have to deflect comments and allegations about Otis’s voting record and defend our Party position. Republicans in Frederick County now see Bud Otis for what he truly is, a” bait and switch” candidate.

We call on Councilman Bud Otis to resign and let the Party place a true conservative on the council, which is what the voters of Frederick County intended when they voted. We also feel the voters are entitled to a refund of their hard earned money wasted on donations to his campaign. Councilman Otis has defrauded the voters of Frederick County and they deserve to be compensated. Maybe his actions and deeds should be brought to the ethics committee as fraud and misrepresentation of the voters is surely an egregious act. But for now they can only ask for their money by contacting him at 240-397-0353 or BOtis@FrederickCountyMD.gov.
Sincerely,

Oh, where to begin? First off, as you well know, your faithful Yokels pay a lot of attention to what happens in Frederick politics. We watch every SINGLE meeting and workshop, read every article in the FNP, Tentacle and the northern rags.  We frequently “stalk” various public Facebook pages and other public information sites. Not to mention the times we have nearly given ourselves an ulcer listening to WFMD. So we know that everything Bud said in his statement is true. Every single last word of it. We’ve seen the ugliness in meetings, on Facebook and through email. Honestly, we are surprised he held on as long as he did!

We also know that a lot of this animosity started because Billy was upset that Bud would not accept him as council president. Even though Bud earned more votes in the election and the position should rightly be his. And surprise, surprise Mr. Otis didn’t want to be part of a council that was saying no just to say no and not trying to accomplish anything. To say that he did this out of deception is really stretching it…even for Billy.

The whole ridiculous tone of this statement also assumes that there is only one kind of Republican. And of course that type is defined by Billy and his gang. Too bad his attempt to shame the Governor into supporting Trump hasn’t worked yet. Is Governor Hogan going to be accused of deception next? If he isn’t towing Billy’s line of what a Republican should be is he not also guilty of the old “bait and switch”? 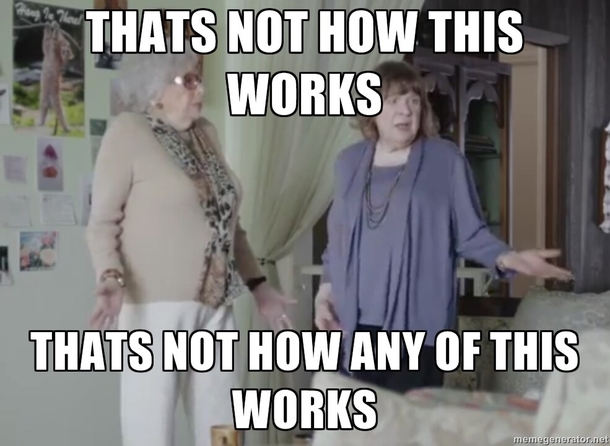 We have many friends, on both the left and the right, who are very pleased that Bud is doing the job he was elected to do. Not abstaining due to some misguided notion of what?…we don’t even know anymore. Most rational people realize that we need government services, and that those services cost money. Many of us also did not like the reputation Frederick was getting as a result of their poorly written (irony anyone?) English Language Ordinance. Bud realizes that, but for some reason this has escaped a few of the other’s attention.

The fact of the matter is, there are widely varying views within both the Democratic and Republican party. There is no one size fits all Republican or Democrat. And you, Mr. Shreve et al, certainly do not get to dictate the belief system of every Frederick County Republican. For we have a suspicion that you, in fact, speak for a very small faction of them.