Sorry y’all. We are tiring of same ol same ol. It was really hard to get back to this and give it our attention. However, a bright spot occurred during the discussion of the Bill regarding Farm Distilleries and Tasting Rooms. This process seemed to be a model of good governance–citizens and representative legislators coming together to get things done. It showed our community in a charming light. Robert Ramsburg, President of the Frederick County Farm Bureau, even mused that this bill may come with the blessing of Jesus, who turned water into wine at a wedding venue. One of our Junior Yokels was intrigued by the discussion, and it proved a wonderful teachable moment. These people want music and Jerry’s constituents want peace and quiet and they will work on amendment to try and resolve this. This would also be a useful primer for some U.S. Congresspersons regarding how compromise and efficacy are intended to be a part of the gig.

Of course, there was plenty to find fault at other points. Most especially Council Member Comments continues to be A Festivus Celebration: Airing of Kirby Delauter’s Many and Unvaried Grievances. This is why we had such a hard time returning to torture ourselves: if we wanted to listen to someone rant and rave tirelessly about the same stupid crap, we would call our own Drunk Uncles during the late evening hours. You sit, hold the phone to your ear while patiently waiting for the end of the bellyaching over a litany of things that don’t entirely make sense, but everyone knows contradictory evidence is futile in these circumstances. You just ride it out.

Most of the council members regularly reflect on positive things in our community. Tweedledumb and Tweedledumber rarely mention anything that would make you think they have any pride in this county. It’s truly astonishing that this is a regular feature of these events.

Billy was worse than Kirby this week, as he is a flagrant asshole (although mercifully brief). He asks without a hint of irony, “Why do we hate solar?” This, understandably, was noted by both M.C. and Jessica, as they have authored a bill, scrapped it, and started again with a new bill. This is the one they are currently in the process of trying to work through to expand the solar industry in Frederick. It’s the weirdest hatred of solar power in history.

Worse, though, after Kirby’s regular rehash of the teachers voting on the budget that funds the BOE, Jerry explained that he is earning less than he did before joining the Council and has the W2s to prove it. Riding on this, Billy tried to question the validity of this statement because Jerry gets paid for the part time work of Council Member. Shut up, Billy. Just stop. The council salary has nothin’ to do with the teaching position. He took on the additional work of council person to do it. Furthermore, he does the things in the job description of councilperson, and should be compensated appropriately. This still does not discount the possibility that he is in sum making less, or maybe just making less at FCPS (where he bowed out of the new salary scale to be sure no conflict of interest could be found–not that it will stop the rambling about one), but who cares. It’s irrelevant. Shut up. Really. 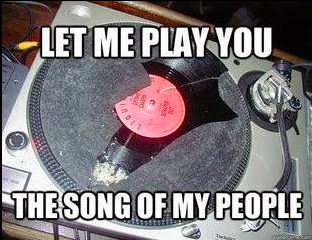 Jerry addressed the theatrics involved in all of this, noting that the same person who trots out a ridiculous fantasy budget each year and expects to be praised for it, actually voted against Tony Chmelik’s proposed charter amendment that would have allowed his suggested changes to the budget to be useful.

Also picking up on this theatrical flair, Jessica seized upon the fact that Billy claims a simple text amendment would solve the issues Kirby has regarding the mulch business. This is the issue that was central to this weeks extensive griping. Jessica noted that she would hope we could expect some focus on problem solving in lieu of complaining. She also suggested that if a simple text amendment were all that is required, perhaps one of the concerned Councilpersons might solve the problem by drafting a simple text amendment. Wouldn’t that be a Festivus Miracle for the ages? Hmmmmmm. She managed to so without sarcasm, which frankly makes her a freaking superhero. We would also like to see our Councildolts make a doody or get off the pot. We will never run for office, because we would probably word it that way, but harsher.