In an incredibly frustrating move this past week, the Maryland State Board of Education rejected the possibility of opting out of standardized PARCC testing for Maryland students. Including special education students.
Now, the Yokels have made no secret that we don’t think Cindy Rose’s candidacy is anything special in itself. Over testing of students and onerous curriculum restrictions that impede teachers’ efficacy in their classrooms are concerns shared by absolutely all of the school board candidates running for election in 2016, even if Rose is much angrier and more aggressive in the tone she takes. This issue simply does not make her special enough to stand out from the pack –at least not in any positive light.
That said, just as we criticized her willingness to paint the special education students with a broad brush that could prevent their achievement, this criticism is equally true of the state board’s position. There appears to be absolutely no reason for it, according to the FNP’s editorial from April 30, 2016.

But looking at the statistics of students aged 6 to 21 served under IDEA, it appears unlikely that offering the opt-out option to the parents of severely mentally impaired students would threaten federal funding. According to the Maryland Board of Education’s own Fact Book for 2013-2014, which contains enrollment statistics, 102,578 students were in special education out of a total population of 866,169. Of those, 30,876 were classified with specific learning disabilities — about 3.6 percent of the total school population; 8,095 were classified as having developmental delays. While the fact book doesn’t outline specific details of how many severely mentally disabled students are served statewide, it’s hard to imagine they comprise more than a fraction of that 3.6 percent, and that not testing them would come close to violating that federally required 95 percent.

Special education and IEPs (individualized education programs) are antithetical to standardization. Individualized is not standardized. They are opposites. Why on Earth would you take a child receiving highly individualized services, and then try to make them function in a standardized situation? It defies reason. Wasting the time it takes to administer tests simply so they can check the “done” box when you are working with a student whose learning objectives have nothing whatsoever to do with the test is the very definition of absurdity.

We do wish that Mrs. Rose would take up her issue with the Maryland State Board of Education. They appear to need someone to come along and rattle their cage, and she seems like just the lady for a bull-in-the-china-shop sort of task. Maybe she can teach them a thing or two about the meanings of words (but lets keep the four letter ones she likes so much out of it). If she comes back to town with some educational experience to put on her resume, that might have a great outcome for everyone invested in Frederick County Public Schools.

After we had some words of wisdom to drop on our local looney depository the other day, we realized we neglected to specifically address some advice to Frederick County’s most freak flag flyingest BOE candidate (nonpartisan, por supuesto). We sat on it for a bit because every day the cons list we keep runs longer and longer.

Although, perhaps after seeing that there is a gallery collection of her nutbaggery plucked from the interwebs, someone wiser than she has told her to zip it up and hope that no one will notice. If only whomever that may be could have intervened for Blaine (who Mrs. Rose adores) before it was too late.

Maybe you like a pot stirrer. Or maybe you heard how important special education is to her. After all, she was able to talk David Vogt into sponsoring a bill to allow special needs parents to opt out of standardized testing. Oh, how did that go?

A few local entities didn’t support the bill. Why, why oh whyyyyy wouldn’t anyone be in favor of something that is supposed to help the children? Check it out. Probably because there are all kinds of special needs. That’s what makes the needs special, after all. Painting with a broad brush is exactly what we shouldn’t do in order to accommodate unique sets of circumstances, so special needs advocacy organizations were kinda, “NUH-UH.” 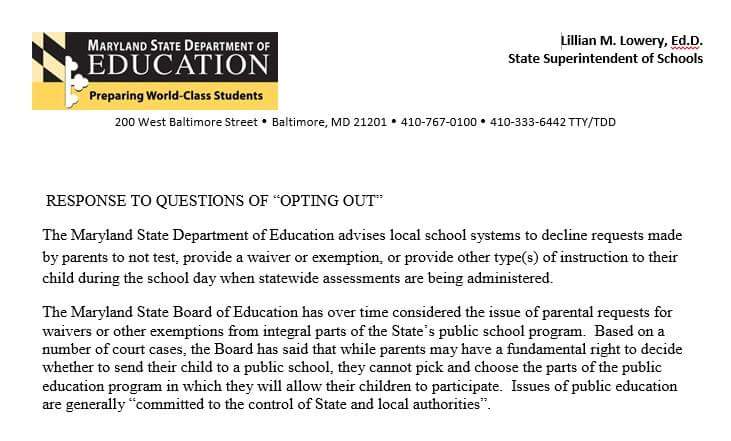 And let’s not forget her appearance on the Glen Beck show. Here she lamented the fact that children were taught that other countries provided free child care and that child care in the United States was expensive. Also, she was very upset over the fact that children were being taught that they were part of a global community and it was their responsibility to demonstrate when they felt the sting of injustice. Somehow, in Glenbeckistan, these concepts are Un-American? Sure feels like the one who is Un-American is the one who won’t allow any criticism of the United States and wants to ban books. What’s particularly amusing about her appearance is that she is oh so sure that she has the support of the school board to get this book removed. Amusingly enough, that did NOT happen. Maybe because it is a waste of taxpayer money to get a new set of text books every time someone objects to a paragraph, especially when textbooks are hardly the primary way of teaching subject matter in 2016.

Then there’s the April 11th Frederick News Post Board of Education Forum. How can a person running for the BOE believe that salaries are not a concern? Under what rock must one live to think that Frederick County does not have a problem recruiting and retaining teachers due to the low salaries offered here? Just clueless. It’s the starting salaries that are lowest in the state. The ones willing to stomach that aren’t complaining about it as their first on their exit interviews. The ones who were not willing to accept the lowest pay in the state never accepted that job!

The Christian values upon which this Nation was founded are under attack. The ACLU and like-minded organizations are using sympathetic courts to destroy the religious and moral foundations of our great nation. Using the metaphor, “a wall of separation between church and state,” which is found nowhere in our Constitution, they attack crosses, Ten Commandment monuments, Nativity displays, Christmas celebrations in public schools, the Pledge of Allegiance, our national motto, “In God We Trust” and prayers at public meetings. The main battleground in this culture war is the courtroom and that is where the Thomas More Law Center is defending the religious freedom of Christians.

Radical Muslims and Islamic organizations in America take advantage of our legal system and are waging a “Stealth Jihad” within our borders. Their aim is to transform America into an Islamic nation. They have already infiltrated the highest levels of our government, the media, our military, both major political parties, public schools, universities, financial institutions and the cultural elite. Despite overwhelming evidence to the contrary, political leaders still claim “Islam is a religion of peace.” Our national leaders refuse to identify Radical Islam as the enemy. Political correctness has paralyzed our government’s ability to deal with these threats. That is why the Thomas More Law Center has been at the forefront of legal battle against this internal threat.

And we would be remiss if we did not mention her current campaign strategy of encouraging people to only vote for her. Out of a slate of 8, of which you can vote for 3, only her. She cannot find one other person on that list that she would like to run with? What does that say about her ability to work with others on the school board? Is this really about the community, or is it just about her? We’ll let you decide the answer to that one.