So, this isn’t exactly breaking news at this point, since everyone who cares about local politics has been gossiping away about it, but OMGeeeeeee.

Blaine’s ex…no, not his ex wife, his ex-fiancée, the one and only Regina Williams, who hitched her wagon to this sinking cinderblock post-Black-Book drama and contemporaneous with his last marriage…is running for County Executive. 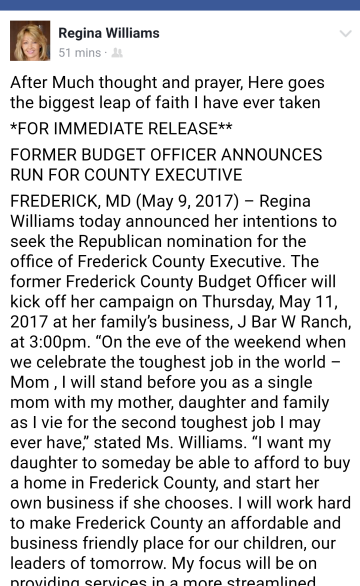 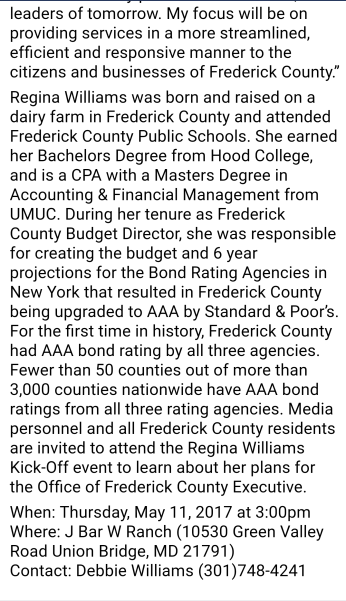 The back and forth in our quarter upon learning was something like: I feel drunk, but I’m not drinking. It’s just all the blood rushing to my overactive brain. This is just too crazy. Is this her way of showing him up? Her way of showing Jan Gardner up (for the demotion she received when her boyfriend wasn’t in charge anymore)? A two birds with one stone maneuver? And very most importantly, doesn’t she know that all anyone will talk about now is how she got involved with the married boss rumored to be into hookers, and then he got busted for solicitation? Just check the comments section of the FNP for proof. Things don’t change! And foresight ain’t her strong suit!

Ordinarily we would say a person’s private life doesn’t have anything to do with public office, and we really don’t know anything about her opinions on the issues, but we feel the same way about this dramedy with Blagina that we do about Anthony Weiner. At a certain point your judgment is just so unreliable that we are left to wonder: what other probably terrible decisions should you not be trusted with? We’re thinking, “All of them, County.”

And yet we have to kind of root for Ms. Williams here, given who her competition is. Because # is involved, so we have reason to rejoice. What kind of position does that put her habitually disgraced ex-fiancé in when the primary involves his obnoxious bestie and his former honey? The very idea is squeeeeeeee!

So at current count we have three candidates in the clown car, all very worthy of the clown status designation, including #Kirby Delauter and Kathy Afzali. And remember Afzali and her text spat a la teenager with Sheriff Jenkins? Because he (clearly accurately) called her juvenile names! Folks, we are–all of us–too old for this crap! Where are the grown people? This is going to be one interesting election. We have been of the mind that Frederick County is actually ahead of the national curve with regards to electing a buffoon and then collectively realizing oopsy-daisy-this-guy’s-crazy. Hopefully the sun is setting on the “any old fool will do” dreams. Remain vigilant (and remember: friends don’t let friends vote for looneytooneys).

3 thoughts on “Queen of Bad Judgment”