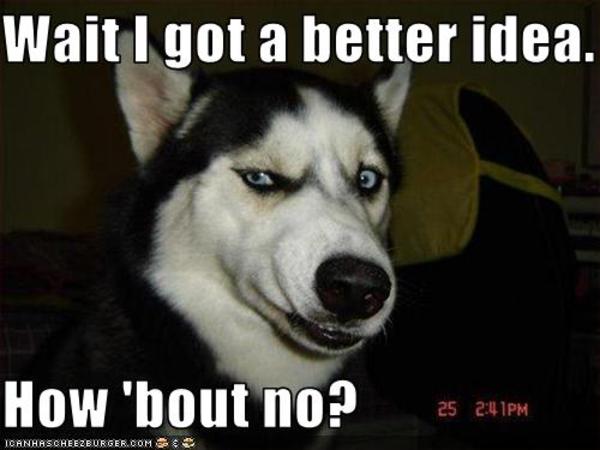 Today, the FNP ran a piece about the statement Billy et al put out about Bud changing parties. We covered it pretty well here, so we won’t revisit the “content” of their statement. What does need attention is this:

At least one person is considering a lawsuit seeking a return of the funds, Shreve said.

“I told them, ‘If you can find an attorney that’s willing to do it, I will bring it before the [central] committee for a vote,’” Shreve said, referring to the possibility of a class-action lawsuit on behalf of Frederick County Republicans.

First bahaha! If you can find an attorney willing to take on a losing case that has NO basis in the law (cha-ching–billable hours, tho!), then sure we’ll join! (And the Yokel has a very good idea who this one individual is). Can you imagine the time and money wasted in such an endeavor? Sounds totally reasonable, doesn’t it? And this coming from people who commonly lament frivolous lawsuits. Just imagine for a moment if every time a donor was upset with a politician’s decision they took them to court. We would have to establish a whole court devoted just to this! Not to mention the fact that politicians would be afraid to do anything lest they  be sued. But really, we aren’t suprised. This is just one in a really long list of Billy’s really dumb ideas. Make sure you visit the comment section of this piece. No Billy love at all. Our fave is former BOCC member Lenny Thompson’s post:

jthompson Jun 8, 2016 7:01am
Bud ain’t the first to receive threats from local Republicans. The high-water mark of the Gray BOCC (1998-2002) in terms of camaraderie occurred in 2000 when the Republican Mens Club (forerunner to the Frederick County Republican Club) sent the four GOP members of the board (Gray, Rhoderick, Hogan & moi) a letter threatening “appropriate action” if any of us voted for proposed increases in the County’s property and income taxes. Three BOCC members (Gray, Rhoderick & Gardner) supported the increases with Ilona and moi opposed. Ilona promptly and publicly pointed out some hypocrisy in that the author of the letter had also written the BOCC advocating an increase in spending. I promptly & publicly indicated that while I opposed the tax increases I understood why my colleagues were in favor. I promised to come to the defense of my colleagues, regardless of party, should the Republican Mens Club attempt to take “appropriate action” against them. We never heard any more from the Republican Mens Club.

Billy you really need to step out of your little echo chamber. The people in your club and on WFMD are not indicative of the larger group. There are a lot of people who appreciate the change, order, and sanity that Bud’s leadership has brought forth.