It’s taken your Lady Yokels a few days to digest all the election news. Nationally, things worked out very well, The Democrats took the House, and despite this causing the Orange Menace to have a colossal press conference melt-down, it’s the first step to re-establishing some sort of sanity in our country.

Let’s get to the local level. Thank you to the Frederick News Post for all the election graphics. It is so much better to look at than the unofficial results on the Frederick County Board of Elections page.

WHOO HOO! Three times was NOT the charm for Cindy Rose. Hopefully we can hide all stories about her in the archives and she won’t make us write about her ever again. 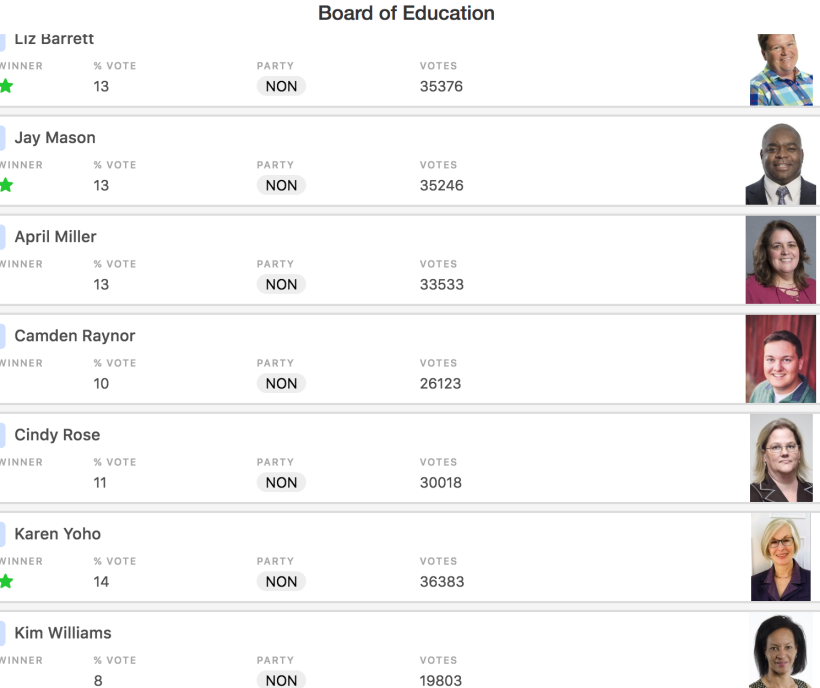 And of course we are pleased about this:

We can only imagine who Kathy would have photoshopped into her official photographs. Earl Robbins didn’t garner the 33% spread that Blaine predicted he would. Isn’t it shocking that the Blaine/Kirby/Cindy endorsement crew couldn’t pull it out for him? Congratulations CE Gardner, we look forward to another great 4 years!

We are happy/sad about this one. Happy that Kai made it through with the most votes, sad that Susan won’t take the other seat. There are still votes to be counted, so we can’t predict which Republican will take the other seat. And Bud? Well, we had some good times with him on the council. For three years he fended off the craziness of the Shrelauter crew, however some of the things he did towards end of his term cost him votes that he desperately needed as an Independent candidate. We wish him good luck in his future endeavors.

We were going to be happy with either of these two winning. Who was the write-in candidate again? LOL!!!! We did go to the election site to take a closer look at the write-in numbers.

Do you remember when Tony said he was running because not enough people came out to vote for him in the primary? Therefore, he HAD to run as the only true conservative. So curious as to how he couldn’t even garner 800 votes. Now we are about to show you something we’ve been sitting on for awhile: Tony didn’t run a very good campaign. The evidence? His PayPal link on his campaign page looked a little like this:

At least the mansplaining days are almost over!

These ladies will be the most experienced members of the new county council!

We really hope that this works itself out in Jerry’s favor with the absentee ballots:

After all, he was in this same boat with Ellen Bartlett four years ago!

And now for the boo hiss portion of this post:

Hopefully this Blue guy isn’t as obtuse as #kirbydelauter.

And the worst of all local news:

We are all so curious as to how this new county government will function! STAY TUNED!