Though he’s never far from your Lady Yokel’s thoughts, we really haven’t been paying a lot of attention to #kirbydelauter lately. Maybe it’s because of Billy being so dumb, or maybe we’ve just grown weary. Maybe both! Anyway, a couple of interactions we’ve seen with him lately made us realize that we’ve got to keep getting the word out about him. Especially since he’s under the delusion that he should be our next county executive.

If you haven’t already seen Kirby’s thoughts on global warming, click on over to this Facebook thread to read all about it.  The gist of it is that Kirby can find us TWO scientists that don’t believe in global warming for every ONE that Kai Hagen can produce. That’s right 2 to 1! Who knew Kirby was acquainted with so many scientists! All kidding aside,  these claims are certainly something Kirby should be required to prove. And here’s the rules Kirbo:

We’ll be anxiously waiting to meet all these scientists!

Kirby wasn’t done Facechatting with Kai for this morning this took place! 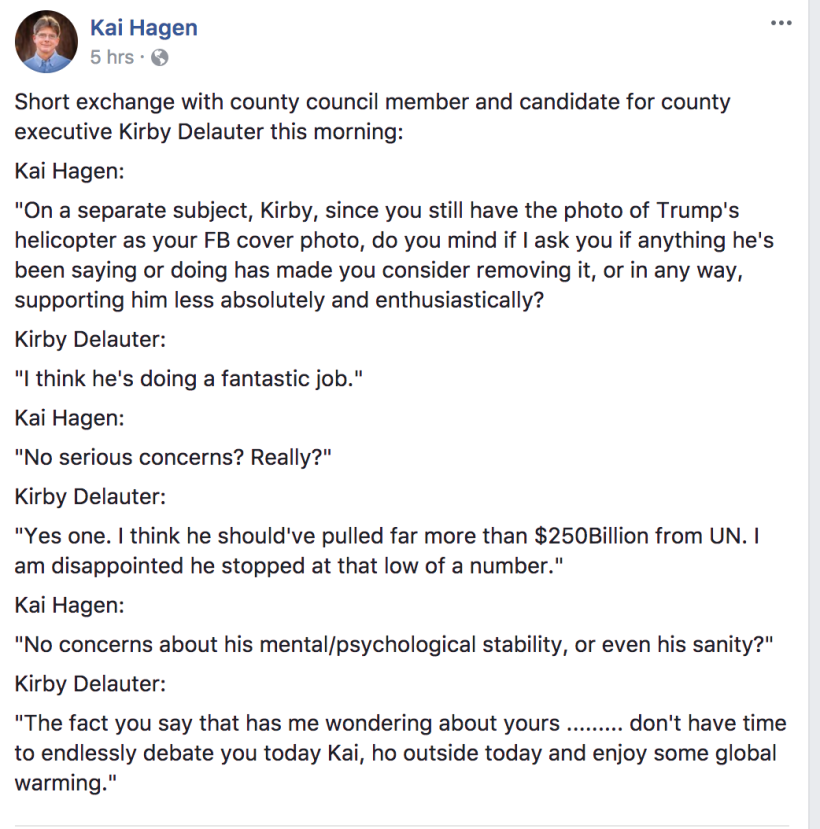 So, we did a little social media looking to see what else our county executive hopeful has been up to! In case you missed it, here’s the link to the above story. So, Kirby doesn’t believe any special attention should be paid to the fake news issue in our schools? That doesn’t surprise us since he has Fake News Provocateur, Cam Harris, on his payroll. The New York Times did a whole article on that guy, but what’s the prob? Is it bad to make up a story that deliberately misleads people right before an election? Is it bad to focus on this issue with children since it’s become such a pervasive problem in our society? Is it bad to hire someone who does something like this to help run your campaign? Should someone who hires someone who does things like this run our county? Is this the way in which a leader shows good judgment? Lowering vehicle emissions is a sham peeps! We can’t help but wonder if Kirby can find THREE scientists for every ONE that says these standards lower our air pollution. We’ll be waiting! It’s been awhile since we’ve seen any new additions to Kirby’s fashion line. Go ahead and take a peek at the other fine items he has for you! We swear all of those shirts actually exist!

Possessing generous hearts, we will give Kirby a chance if he promises to change the county flag to this: 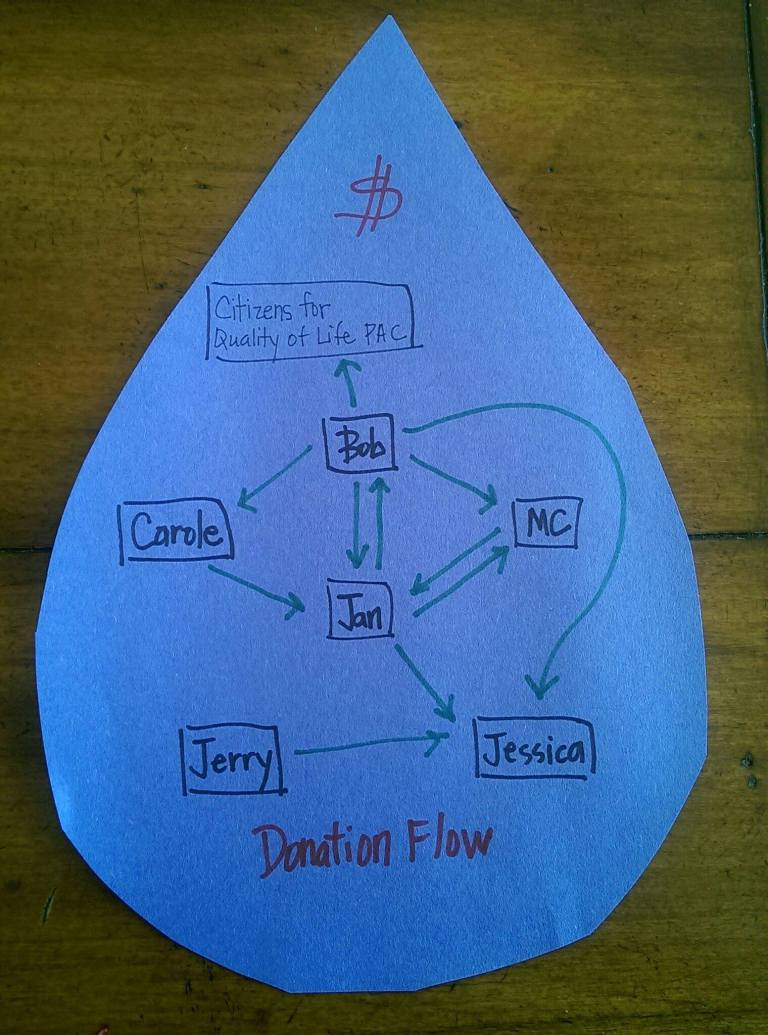 Barring that, we’ll just have to err on the side of logic and vote for anyone else!