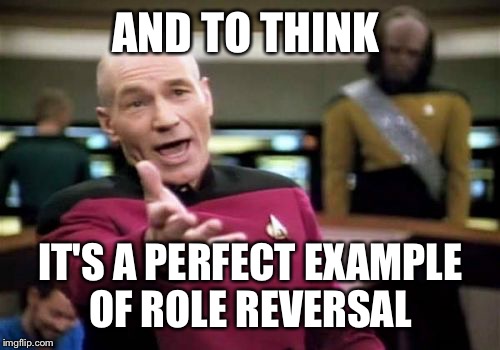 Let’s see here, Billy was on the BOCC for four years,  has been on the council for over three, and still cannot figure out what he’s doing up there! We really need to add an impeachment clause to the county charter. Seven years is way too long to let incompetence reign. Let’s get down to the nitty gritty of tonight’s meeting:

Billy votes FOR the agenda, which kinda goes against his whole philosophy of voting AGAINST it. Did he have a change of heart or just forgot? We’ll let you be the judge.

Dr. Alban is recognized for receiving the 2018 Tom Cookerly Exceptional School Superintendent Leadership Award. This award recognizes those who do a lot for the neediest kids in their school system. Even though poverty does tend to be concentrated at some FCPS schools, our county has a dedicated coordinator at every school to help families in need! Way to go FCPS and Dr. Alban!

Our favorite public commenter, Melanie Cox, is in the house to voice the League of Women Voters’ support of the Adequate Public Facilities bill which will have a public hearing on May 1st.

Billy is back in form abstaining on the budget adjustments and minutes, while everyone else says aye or yes, depending on their knowledge of Robert’s Rules.

All vote yes for the appointment of Kevin Fox to the Department of Fire Services.

Four bills have their third reading.

Bill 18-01, which will increase the mandated general fund, is passed 7-0. Jerry makes the comment that this bill will keep us on a strong financial path.

Then it’s time for the first of Billy’s two bills this evening. Billy first has to be prompted to make a motion on this bill because going through this at least a bazillion times hasn’t been enough for him to learn how things work. Jerry, Jessica, and M.C. all have concerns about this bill because it requires people to live in their residence for 40 years, only lasts for 5 years, and has no income requirement! M.C. makes the point that the existing bill is better.  Tony is okay if it only affects 30 people which prompts Billy to make the following declaration : “Any tax credit is a good one!” The bill goes along party lines, then it is Bud’s turn. After a loooong pause he votes Aye. So, Billy’s poorly written tax credit passes.

Next up is Billy’s second bill, which had to be re-written by Tony because it is sooo wrongly worded. In Billy’s original bill the Fire Department is exempted from ANY and ALL FEES. When Jessica points this out and asks if this means water and sewer, landfill, etc. Billy so rudely says that she is the ONLY one who would interpret those words that way. Jessica then retorts that the fiscal note that they ALL received points out this fact! Clearly, she is not the only one. Jerry doesn’t like it because it gives the fire departments an unfair advantage in getting customers into their Fire Hall and he isn’t comfortable “picking the winners and losers!”  Isn’t that usually Billy and Kirby’s phrase?! Tony and Kirby both declare their love for the free market, Tony even admits that he may be a hypocrite here, but hey tis the way of the party lately. When our guy does it, it’s okay! Well, the language is the problem, because guess what? Billy only meant for this to apply to fees for new construction and renovations for the fire halls! WHO KNEW? Literally no one but Billy!

This portion of the evening features an amusing exchange between Billy and Jerry. Jerry is comparing different wedding venues and Billy demands to know the last time Jerry was in the market for a wedding venue. Billy tells Jerry that if he doesn’t know what he’s talking about he should just remain quiet. Jerry retorts with a “that’s never stopped you before!” Billy says that’s because he usually knows what he’s talking about. That elicits a laugh from both Jerry and your Lady Yokels!!!

Kirby jumps in to tell us he eloped, but likes the free market, but whatevs.  Billy lectures us about how all bills have unintended consequences and we will have to fix it in the future. He adds: It’s the way the world works! Thanks Billy, but we aren’t taking any philosophical advice from the likes of you!

Since an amendment was added, which Tony wrote, the bill goes back to public hearing.

Tony adds four amendments to his woodchipping bill, taking recommendations from the planning commission and the county executive. Therefore that has to go back to public hearing as well.

Three public hearings are up at 7:00 this evening. We’ll let you know how that all turns out when we get the chance!

2 thoughts on “Let’s reverse the roles! The first half of the county council meeting proves Billy needs to retire.”