The good part of the meeting concerned the Veterans Affairs Council. Many eloquent and distinguished people–most, if not all, of whom are veterans themselves–came to talk about the beneficial things such a council could accomplish for the many veterans in our community. It was truly a testament to the goodness of mankind in a week where most sane people have been wondering if and when we would see such benevolence again. (Guess who is going to harsh the vibe? You know, right? You do.)

Judge Scott Rolle spoke of what he has witnessed firsthand in his courtroom to say that it would be good to have a  centralized way to locate resources for veterans: help with jobs, housing, counseling, what have you. Awesome. And we’re just kidding about the facial hair. It looks cool.

The next speaker also spoke of the need to have something “be the connective tissue,” especially for those who are impacted by physical or mental costs from their service. We so agree. This seems very similar to the discussion with regard to the needs of human trafficking victims, but we realize this issue will receive uncontroversial support, whereas we have heard about how some people are not opposed to human trafficking, and yes we will keep bringing it up whenever we can tie anything at all to it, because there are also mental and physical costs to being enslaved and sold.

Anyway, we are getting persnickety again, and really it was a heartwarming discussion that (thank you Craig Tyler—tip of the tricorn here) also emphasized that some of us chose to settle here in Frederick County and make roots, and we do so because the community is engaged and caring, and has good governance as a result of an active community that sees a need and does something about it. Another speaker mentioned that government can do more than disjointed groups or individuals. Hallelujah. Some people do recognize the purpose of “we the people” promoting the general welfare and all of that Founding Fathers forming a more perfect union jazz.

We particularly appreciated the Retired Lieutenant Colonel and Iraq veteran from the Marine Corps who spoke specifically about not forgetting women veterans, who have higher rates of both homelessness and suicide, and people tend to think of the veterans as males.

Absolutely everyone who spoke made excellent points, and we appreciate your service to your country and your continued service in this community. This was an inspiring process to watch, and that was a true privilege today.

There was also a discussion on rezzzzzzzzzzzzzoning. We cannot promise we will revisit that, even though it looked as though it may have been one of the better such discussions you could want to hear.

Then the regular nice people were nice, although Bud was testy, which he has been lately…for some odd reason. And in honor of December 5th, nasty old  Billy showed up at the end to get all cranky about commenters not being civil and say we should do away with the code of civility since no one cares about it. Newsflash: disagreeing with Billy is not uncivil. It’s a sign of sanity (that was uncivil, but we don’t even feel bad). Seriously, we assume he was referring to the public comments criticizing people who are rude to county employees, and if he took that is a personal attack, there must be some reason he might have thought it was directed at him. 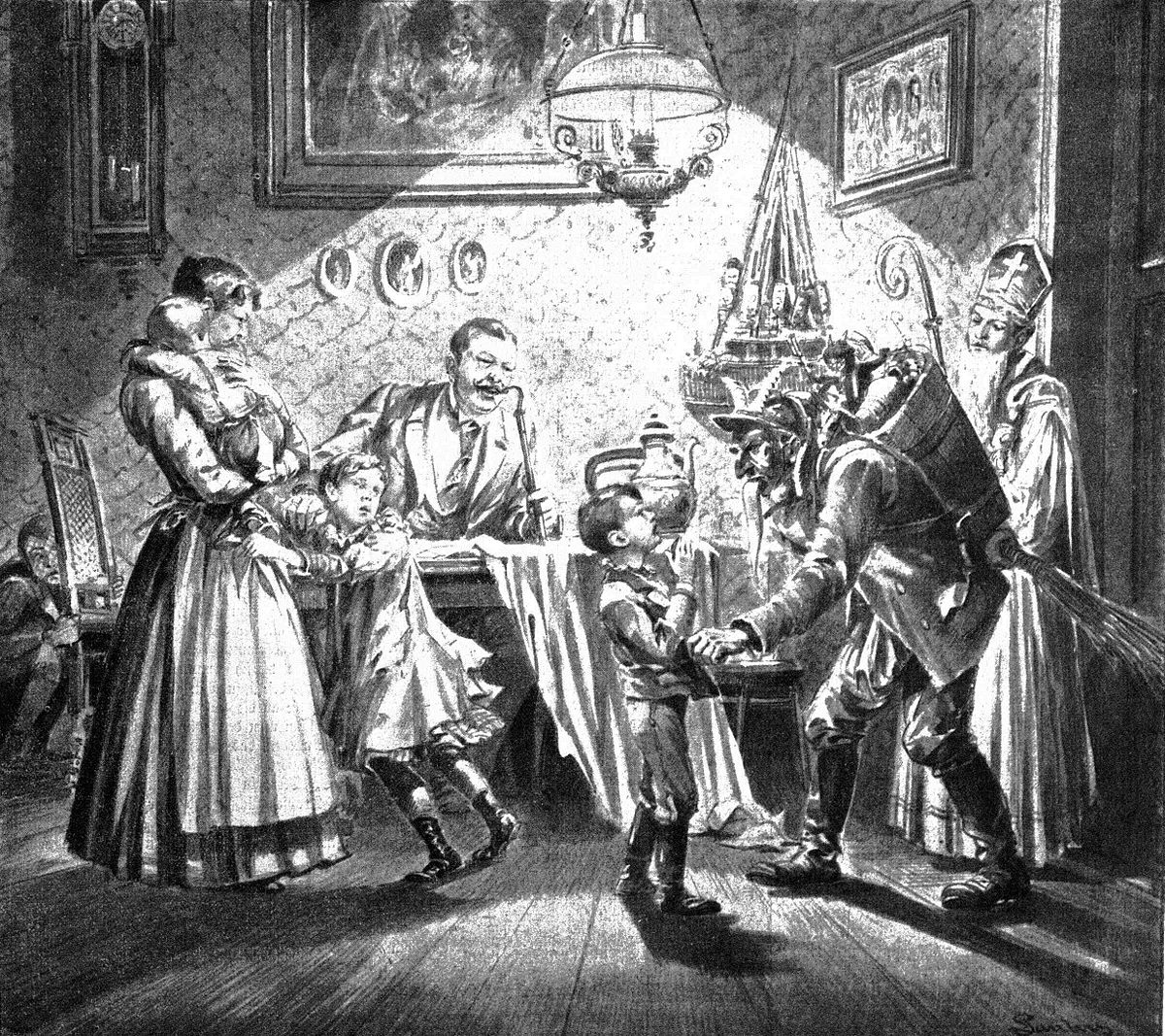 4 thoughts on “December 5th Meeting: Part 2 is almost all good except when Krampus shows up at the end”