The meeting starts off nice enough! Some recognition is given to those who collected coats for kids for an event called Operation Warm. With all the awful in the world, it’s nice to see people helping others.

For the first time in forever we have some public commenters. We love that the first lady speaker wore Patagonia while asking the council when they were going to start paying attention to climate change. This nice lady also gave Bud some praise recalling some words he said that indicated that we didn’t need science to tell climate change was real. Matt Seubert is up next, also talking about the environment and the importance of passing the county executive’s forest ordinance. Next, another friend of the Yokel, Patrick, admonishes “some” (wink, wink) members of the council for how they speak to government employees when they present information.  We agree with this sentiment 100%, as we have often mentioned how much our county employees suffer at the hands of Shrelauter, and often Tony.  Stan Mordensky rounds out the comments also talking about the forest ordinance.

Billy refuses to vote on the agenda and is a bit of a jerk about the budget adjustments, but yawn, what else is new? During the county executive appointments, Billy wants to split the vote between the two appointees to the Monocacy River Board. Very jerkily tells M.C. to just do it the way he wants her to do it. The reason? He wants to vote against Stan Mordensky’s appointment to the board, but not the other fella. Unsurprisingly, the coup fails and Stan’s appointment went through. 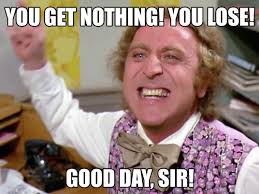 In case you were wondering how Trump and the Congressional Republicans have screwed us today, look no further than your county government. You see folks, if the new tax bill goes through bonds made to local governments will lose their tax exempt status. There seems to be no rhyme or reason to this provision, the financial people testifying were at a loss as to why this was included in the proposed tax bill. Nevertheless, the county must stay ahead and refund some bonds before the new law goes into effect and screws everyone. We didn’t even hear Shrelauter trying to defend this provision.

Next on the agenda are four first readings. Bud goes through them quickly, too quickly we think! The first and last one are interesting and need to be addressed. The first reading is the county executive’s Forest Ordinance bill that our public commenters came out to support. The last one, is a bill put forth by Bud that alters said Forest Ordinance. After Bud finishes reading off the list, M.C. asks him to explain his alterations to the bill. She said she had a few calls from people because they were confused as to why there were two first readings on the same issue. Instead of answering her, Bud very curtly says, “I am not going to get into that right now. ”

Now, we don’t care for that one bit! We hope that Mr. Otis is just having one of those nights that we all have from time to time. Because, we do not see how it is unreasonable to be asked to explain the rationale behind a bill you are presenting!

Tony is pulling his wood chipping bill and starting over with planning commission recommendations. Billy is outraged because this process has now taken 7 months and we have this business that is NOT being fined and was breaking zoning ordiances and you know what Billy?…

3 thoughts on “Some things change, others stay the same. Your December 5th meeting rundown–Part one!”