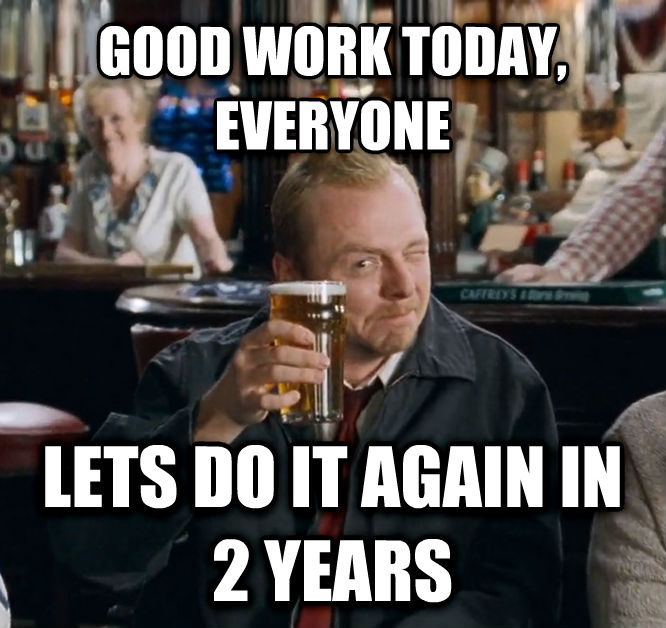 Believe it or not, Shrelauter actually contributed something to the meeting this evening. Their ideas were even written down on actual paper! Don’t get too excited though, Billy still found time to behave like a jerk.

The meeting began very nicely by recognizing the Thurmont Little League. Still no peeps from the public. Billy votes against the budget adjustments and the meetings. The High Sheriff is in the house asking for the council to approve his department’s Mutual Aide Agreement with the City of Brunswick. After Tony points out some discrepancy in the language, it is passed 7-0. David Eder is then confirmed as the new Supervisor of Assessments.

The bulk of the meeting was focused on the initiatives to send to the State Delegation. Tony wants home-schooled kids to be able to participate in FCPS extra curricular activities. M.C. wants to first get input from the BOE. This point was agreed upon. We fear that Billy was a tad confused as to what qualifies as a local issue that the council should be dealing with, and what is a Maryland State issue that needs to be passed in Annapolis. Nevertheless, he has suggestions. He wants to take a law the state passed, that says retired military, over the age of 65 and who has lived in the same dwelling for 40 years can be exempt from property tax for 5 years, and make it a permanent credit. Jerry has some problems with this as he would rather do credits that are incentives or help people who are impoverished. He doesn’t like ranking one profession over another.  Kirby chimes in and says if we let Aurora buy the nursing home then we would already have the $500,000 that the county would lose in taxes should this be enacted.

Billy has another suggestion. He wants builders who build affordable housing to be exempt from the Forest Ordinance that was talked about at the last workshop. What’s that Kirby?  Oh, man. Kirby says that he would exempt the entire county from the ordinance if it were up to him because we’ve only seen a net loss of 1300 acres of forest. So what’s the prob?

Billy also wants motor vehicle homes to be classified as tiny homes so people can get a tax break. Jerry wants the $250,000 requirement to get a liquor license eliminated. M.C. has a suggestion about supporting biosafety. Kirby wants us to know he has more coming (Zeus help us!), but for tonight he wants the state to give first year First Responders and teachers a $2500 credit for one year. Jessica wants to support any legislation that is passed by the Safe Harbor committee. And of course we heard some grumblings from our favorite pro-human trafficking advocate.  More legislative items will be introduced in the upcoming weeks.

Two First Readings also took place. Steven Horn was present to introduce a bill that would ensure that all recreational facilities and services that are to be placed in a development would stay in the development. Billy accuses Mr. Horn of playing God and wants to see some aerial photos. Billy very rudely makes a motion to have this bill removed from consideration, to which he is handily defeated. (Only his two other pro-developer buddies backed him up on this!) Billy keeps his comments to a dull roar when Tony introduces his rival wood chipping bill. Surely we will hear more come Second Reading time!

No post public comments! Council member comments, passed on by Tony and Kirby, focus mainly on the fair and other positive goings on. M.C. does warn us that there is a roving band of thieves from Florida breaking into women’s cars at parks and gyms to get to their purses. So take heed!

Next week a workshop is on the schedule.