Truthfully folks, we’ve been getting a little bored with these meetings. We have been able to predict, with 99.9% accuracy, how Shrelauter was going to behave before a meeting even begun! Tonight, however, we witnessed something we have never seen before. And while we appreciate the break from the boredom, this new development does not bode well for the future of our county government.

Billy votes against the agenda. Six well-spoken, intelligent public speakers attested to the fact that we need a good ethics bill and expressed concerned over the music allowed in the distillery/tasting room bill.

Budget adjustments and minutes are passed 7-0, and again folks, we are so confused. Didn’t Billy say that he abstains from all budget issues because he doesn’t have enough information?

The Urbana rezone is re-opened to allow the amended application from the applicant. Vote count was 7-0. Another public hearing is in our future.

The Distillery/Tasting Room bill was passed 5-2, with Jerry and Bud dissenting. Jerry is concerned about the amplified music. M.C. sympathizes but thinks the provision allowing the zoning certificate to be revoked should the venue violate the noise ordinance will be sufficient. If not, she promises to be the first council person to put forth an amendment stripping music from the bill. Billy makes some noise about how this isn’t a burden on the police since they wanted the noise ordinance. It is pointed out that the noise ordinance was passed mostly due to concerns over ATVs, but whatcha gonna do?

Ethics bill is next on the agenda.

Instead of Kirby reacting to this bill, Tony decides he needs some attention. First of all, anyone who didn’t know that men were a part of the League of Women Voters is a bigot. Next, he doesn’t like that people who are in politics are considered less than ethical. He’s taking issue with the fact that you cannot be on the ethics board if you have been involved in  partisan politics or held an elected office within a certain time frame. Not exactly saying that people are unethical if they are in politics, but okay. We also learn that Tony’s kids are being discriminated against in college. They’ve been told, very unfairly, that if they cannot prove their conservative viewpoints they will receive a C. No word as to if students of other political persuasions also have to prove their viewpoints for a good grade. We’ll be waiting for word on that one. Bill passes 4-3.

Who would have thunk that a solar panel bill would afford the opportunity for idiocy that it did this evening.

M.C. has a couple of amendments. The first is a language clarification and the second is a grandfather clause. Both pass.

Then Kirby has some, and what is wrong with him tonight? He starts out mumbling, almost as though it’s the first time his eyes have seen these amendments. The first amendment has to do with the 2 mile ban from Route 15. It is pointed out to him that the Mt. St. Mary’s solar field is already grandfathered in. M.C. also points out that this provision was put into the bill because of various concerns from the public. She also thinks its important to have this rule in place for future companies that may come into the county looking for places to set up shop. Plus, the bill allows for landowners within that 2 mile zone to apply if they can prove their solar panels will not be visible from Rt. 15. So was this really necessary to bring up? Fails 4-3.

He withdraws Amendment 2 because it was very similar to M.C.’s grandfather amendment. His 3rd amendment deals with the acreage restrictions in the bill. M.C. says this was hashed out with the farming community and she refuses to budge on this part. Jessica also points out that Kirby’s  land characteristics are too broad. Fails 4-3.

His 4th amendment wants to take M.C.’s grandfather clause and extend it not only to those who have received approval, but to those people who have filed an application. M.C. explains we cannot keep walking this provision back. Fails 4-3.

Now it’s Billy’s turn, and OH PEOPLE, this is where the fresh incompetence comes into play.

Billy’s 1st amendment has to do with visual impact of the solar panels. In the bill they have to been hidden by trees or a fence. Billy thinks this provision is redundant and unnecessary, but when pressed, cannot explain why. Tony steps in and we once again do not care for his tone when he speaks to M.C.. But anyway, he changes Billy’s amendment from getting rid of the shields to not stipulating exactly what those shields should be. Passes 7-0.

His second amendment changes the length of time that a landowner has to tear down a dormant solar panel field . He wants the 6 months of non-use changed to a year, and the 90 days to tear it down to another year. So basically two years to have an unused solar field just sitting there. Fails 4-3.

Here’s where it gets nutso!! Billy’s 3rd amendment is the same as Kirby’s 3rd!! The SAME. So they are both either getting fed this stuff from the same person, or their brains work in the same way and Billy just pays NO attention to the meetings. Jerry calls out, “Didn’t we already vote on this?” Billy tries to defend him self by saying that M.C. didn’t talk to the right farm people. And then folks he says this: “I didn’t write them. I didn’t compare them side by side.”

His amendment is called out of order, because, you know you can’t propose an amendment twice. So we move on to the next amendment and guess what? Except for some language at the end, IT’S THE SAME AS KIRBY’S 4TH AMENDMENT!! That’s right he did it again!!! Can you believe this? I mean this two have set a pretty low bar these past few years, but this is just too much! His amended amendment fails 6-1.

You would think he would give up, but no. He’s got five more amendments. Including one that would totally gut the entire bill! They are all super dumb and fail to pass so we aren’t going to spend any more time on them.

The new solar bill, with the amendments that passed, will go before a new public hearing May 9th.

Bud then tells us that between two council members there are 45 amendments to the budget!!! That’s right folks 45, with Kirby being responsible for 28 of them!!! 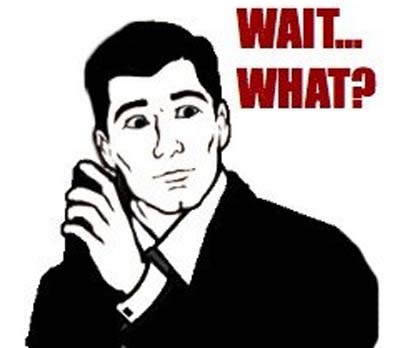 Tony asks to go first and launches into this long, self-aggrandizing soliloquy about why he wants to gut everything. Bud steps in to ask him to hurry it along since we have 45 AMENDMENTS TO GET TO, to which Tony does not respond to very nicely.  Tony presents 10 of his amendments which are all along the lines of: No new positions, people need to do more with less, and government should never get any bigger. ALL are struck down, with a lot of good justifications from his fellow council members. At 7:00, Bud cuts this all off, because there’s two public hearings to get through and we don’t have time for all this nonsense tonight. So, yes, we have to sit through the rest of the budget amendments, including Kirby’s, next Tuesday.

First public hearing is about zoning map amendments during an election year. Curious as to why it may be necessary to restrict voting on the zoning changes before and after an election (cough, Blaine’s BOCC, cough!). Billy freaks out saying that if we aren’t going to do any work for 20% of our term then we should give back 20% of our salary. M.C. calmly points out that they do many other things besides voting on zoning changes. Kirby jumps in asking what other improprieties we are trying to fix, because look at these teachers voting on their salaries.

Second public hearing has to do with keeping the tax rate the same. Many positive speakers share their views, except one, whose point escapes us. Both of these issues will be decided at a later date.

During public comment Billy expresses a concern over our Senior Citizens. And how refreshing! Claims that instead of creating a Department of Aging, which they don’t really need despite the fact that Frederick County’s Senior population is growing faster than the nation’s or the state’s, we should be allowing them to age in place. Jessica then does an epic troll of Billy when she says that she looks forward to his legislation on the Senior tax credit!

Before Bud gets a chance to speak both Billy and Kirby take their leave. Bud says that Frederick County is growing at an unprecedented rate and we have to be prepared. Nothing is free in this world!

We will return next week for the rest of the tax amendments. Zeus have mercy on our poor little souls.

3 thoughts on “What fresh incompetence is this?”