How many times do we need to say that? (And we only half-heartrendingly mean it because it’s an endless source of material for us.)  His social media skills have caused him national embarrassment when he so sloppily interpreted the 1st amendment. And if you search through our archives, you’ll find example after example of his Facebook ineptitude. It never ends. So we really shouldn’t be surprised to see something like this make it our way: 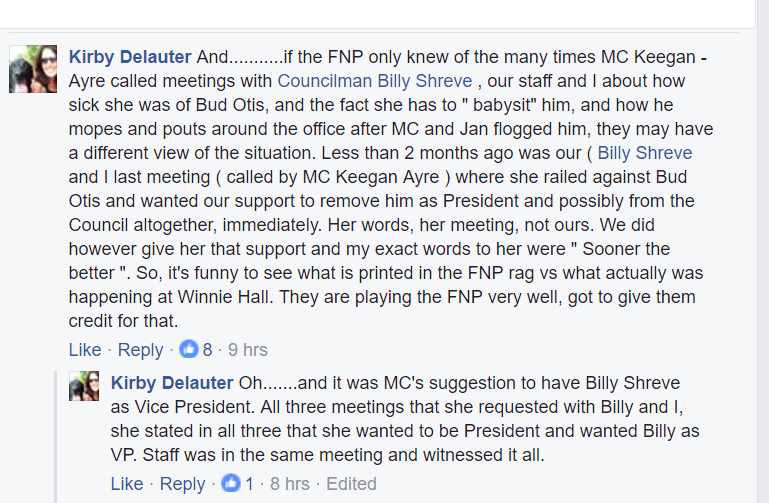 That post was a result of the big meanies at the FNP calling his legislating style out in this morning’s editorial. So like the grown up that he is, he lashes out at M.C. with some pretty outrageous accusations. We cannot envision for a moment that M.C. would choose to confide in the two of them if she had any frustrations about Bud. Nor can we believe that M.C. would support Billy as the VP of the council. So, we asked around our Yokel world and were told that this is not a thing that happened. So unless and until Kirby can prove that these things actually happened, (And we won’t be holding our breath!) someone really needs to babysit him when he’s on the social media.