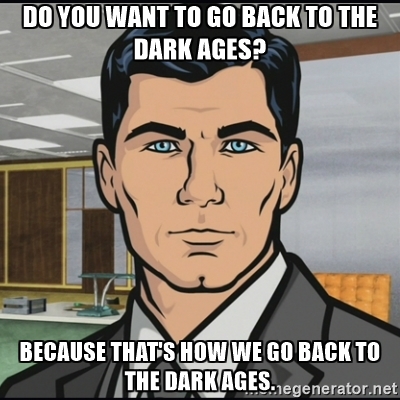 If you missed last Sunday’s edition of John Oliver’s show, it really is a must see. In his main segment, Mr. Oliver laments the decline of local media coverage. Over a year ago, we cried into our coffee over the shutting down of the Gazette, and reminded y’all to support the Frederick News Post . We here at the Yokel heavily rely on the reporting in the FNP, because let’s face it, we aren’t journalists. You won’t find your Lady Yokels calling anyone up or doing a face to face interview with Shrelauter or Blaine. The press is truly the 4th branch of our government. They are our eyes and ears when we can’t be there. They are the ones who investigate corruption when we don’t have the time. They are the ones who hold our leaders accountable for their actions and expose them when they do wrong. We know that national news is sexier, especially this election season. Just for a moment, though, think about the consequences of losing a local paper as so many other cities across the country already have. If you are having trouble imagining this, or think it’s not that big of a deal let the creator of The Wire and a former Baltimore Sun reporter, David Simon, imagine that scenario for ya:

“The day I run into a Huffington Post reporter at a Baltimore Zoning Board hearing is the day that I will be confident that we’ve actually reached some sort of equilibrium.There’s no glory in that kind of journalism, but that is the bedrock of what keeps [corruption at bay]. The next 10 or 15 years in this country are going to be a Halcyon era for state and local political corruption.. one of the great times to be a corrupt politician, you know I I really envy them. I really do.”

Just think about that folks! Imagine our own local government officials with absolutely no accountability.  No reporters to sit in on their meetings or workshops. No one around to investigate claims of impropriety. You think the former BOCC was bad, imagine a world where none of their transgressions were ever called out! We hope we have your attention now. So no matter your feelings about the Frederick News Post, we hope you’ll jump on over and sign up for a subscription. For without them there would be no Local Yokel!