There’s so much to share with our dear readers on this chilly Friday morning. Let’s start with a column in today’s Frederick News Post. Self appointed crotchety old man, Rick Blatchford, shares with us his stream of consciousness rant on everything that is wrong with the world today. From Caitlin Jenner to Bill Clinton to the singer Pink, there seems to be no end to the issues that outrage this man. This kind of stuff is mostly amusing to us. Because, faux outrage is well, funny. 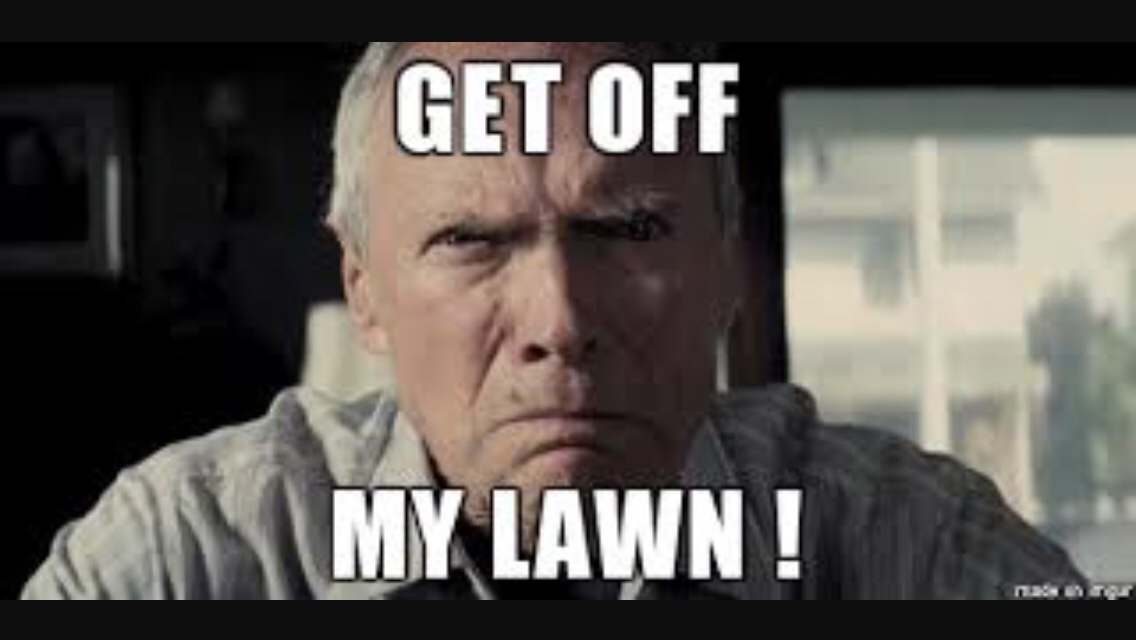 What deserves some real outrage is a piece that appeared in the noodley appendage this morning. The author is so very  outraged that Republican Senator Jeff Flake made a donation to Alabama Democratic Senatorial candidate Doug Jones. He is even more outraged that on the donation check Senator Flake wrote: “country before party”. A nice sentiment that we wish more people would adhere to. Well, no, no, no says this author because Doug Jones will kill all the unborn babies, let the immigrants flow through the border in droves (especially those Muslims), and will force all that government health care down y’all’s throats! But, even that hyperbolic drivel isn’t what gets us. It’s this note the author makes at the end of the piece:

Regarding the severity of claims, Mr. Moore had relations with teenagers when he was in his 30’s back in the 1970’s, Moore’s grandparents and perhaps parents, likely would not have batted an eye at such a relationship. Many men in their 30’s and older where (sp) widowers from disease and child birth deaths. Women their age where (sp) all married with their own families. Moore was no widower, but the age mismatch issue is only a recently formulated taboo. It should also be noted that all of the claims against Mr. Moore are for consensual relationships unlike the groping, grabbing, coercing and raping claims filling our news every day against entertainment, news and elected offenders.

How long ago does this guy think the 1970’s were?! Roy Moore’s behavior was bad and creepy enough that he was banned from the local mall! And, kind sir, if you think that a 15 year old child can consent to a relationship with a 30 some year old man then your view of consent is really warped. Putting aside the issue as to whether or not a child can consent (they can’t!) to a relationship with a much older man, is the fact that he has also been accused of attacking at least one woman as a teenager. It’s also outrageous that you are so worried about protecting all the unborn children, but not the girl children that have already been born. What kind of pro-lifer does that make you? But, go ahead and tell us all the trade-off is worth it. That a Democrat is worse than a pedophile. For that is what is truly worth the outrage.

*Just for clarification MOST 15 year olds were not married in the days of yore. Just take a gander at this chart on the average age of marriage from the Census Bureau: 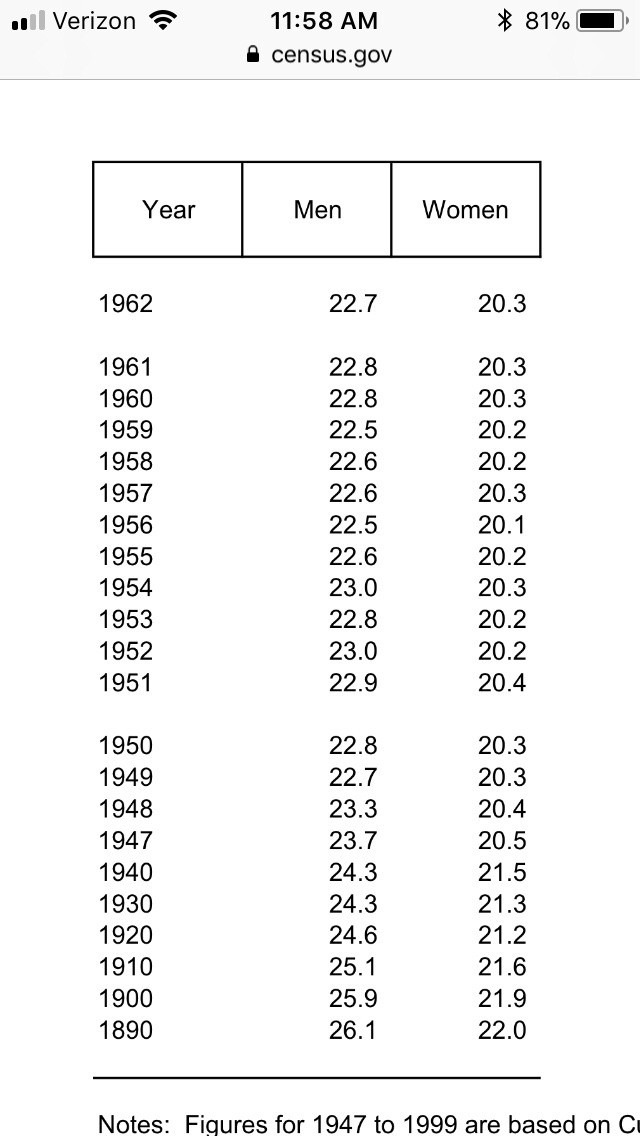