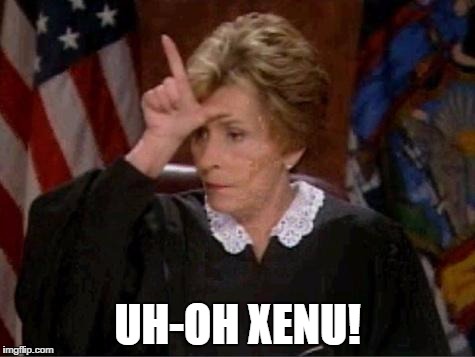 We here at the Yokel couldn’t make it to the hearing over the future of Trout Run today. According to Tony Ortega’s blog, things did not go well for disciples of L. Ron Hubbard. Here’s the account:

We just had a telephone conversation with Mary McConnell, who gave us some basics on how the hearing went today.

First, the news. Judge Nicklas did hear oral arguments from the two sides today, and gave himself 30 days to render a decision. Mary said she found the hearing to be a lot of fun as Judge Nicklas proved to be knowledgeable about the subject areas in general (including drug rehab) and in the case facts in particular.

Mary said that SBPI’s attorneys (SBPI is a subsidiary of the Church of Scientology) tried to convince the judge that this was really a zoning case, but he wasn’t having it.

“They kept trying to make this a zoning case, but he was on their game and said he knew it wasn’t a zoning matter,” Mary says.

The dispute is really about whether the Frederick County Council acted properly when it voted not to put Trout Run on its list of historic places, even after its own Historic Preservation Commission recommended that it be added.

But Mary says Judge Nicklas resisted that argument. “He’s not falling for that,” she told us. “He pointed out that they may follow the recommendation. They argued over the word ‘may’.”

The other side, meanwhile, tried to keep things focused and simple. “The county’s attorney was clear: This is a legislative issue, not a zoning one,” Mary said.

We asked Mary how the judge reacted when SBPI’s attorney brought up the notion that the Church of Scientology had been discriminated against.

“He totally ignored it,” she said. And perhaps also telling, when SBPI brought up what had been said in public meetings to the council about Scientology invading the county and being a ‘cult,’ the judge pointed out more than once that the people who had made those statements were respected members of the community. Oops.

Anyway, it sounds like Judge Nicklas is very clear on what’s at stake in this case, and that Scientology’s usual tricks didn’t confuse matters. But we always hate to guess how a judge is going to decide. We’ll just have to find out in the next month.

So it looks as though the judge isn’t buying these arguments. Seems like February 4th is the next magical day. We’ll let you know when we know.

One thought on “Does Tom Cruise need to come here, people?!”